Partner with People at the Center End-to-End

Despite what anyone tells you, Clinical Decision Support (CDS) is an experiment. It only gets better with use. We, patients and caregivers, should try it, whatever it is, and learn. Learn what helps us make decisions and what doesn’t.

END_OF_DOCUMENT_TOKEN_TO_BE_REPLACED 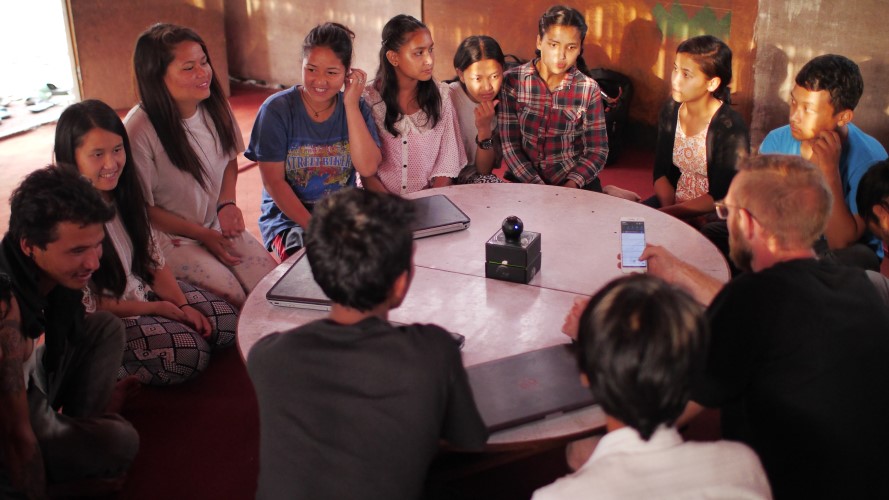 Walking through the who, what, where, and why of clinical decisions and Clinical Decision Support? Why we should care and what can we do? I’m also going to talk about uncertainty, the three T’s (Time, Trust and Talk) and the two C’s (Control and Connection).

END_OF_DOCUMENT_TOKEN_TO_BE_REPLACED 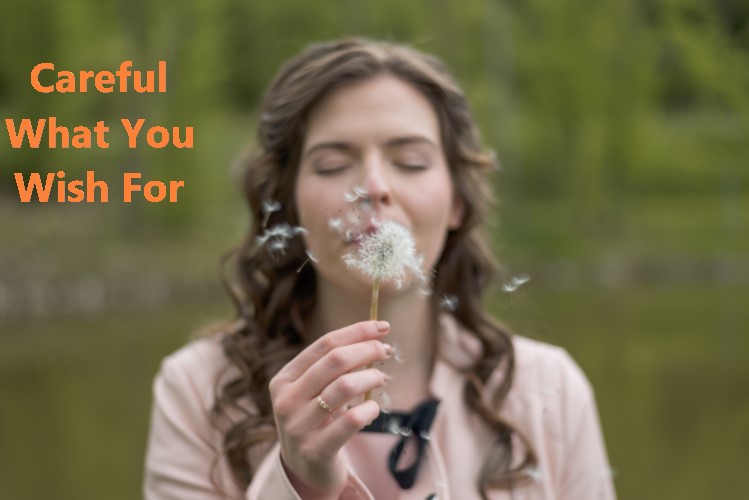 Patient Engagement – Careful What You Wish For

The challenge of giving a serious nod to patient engagement is that few of us are really prepared for success. Being super engaged in my own health means that I’m the CEO of my health team and that I manage myself and my subcontractors well. It means that I have a care partner that can step in when I can’t – a succession plan. It means that I do everything I can to operate at peak performance.  All while I’m sick or disabled:( The clinician engaged in their patients’ health means that they solicit and accept their patients’ expertise and they have the humility to accept how little expertise they have in non-drug, non-surgery treatment, or actually, much outside their specialty – like the reality of people’s day-to-day life challenges. Increasing patients’ engagement in governance, design, operations, and learning leads inevitably to pressure for transparent price lists before service, seamless transition from one setting or clinician to the next, on-demand self-scheduling, patient and clinician controlled health data sharing, access to and payment for non-drug, non-surgery treatments, funding research about outcomes that matter to people, and on and on.

I think we need to be more specific about what we mean by patient engagement. And be careful of what we wish for.

Expanding Engagement and Capabilities of People at the Center

May I Have Some – Time? Please 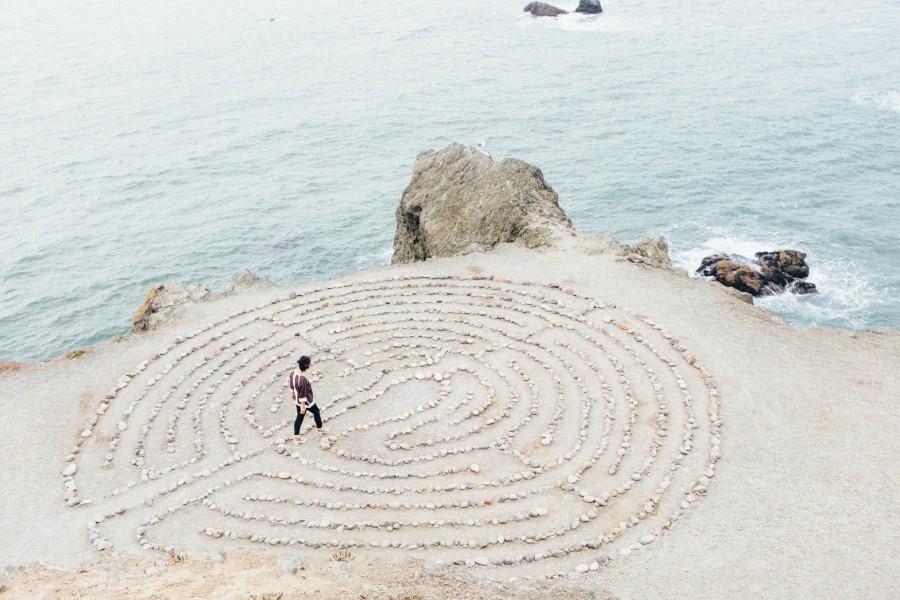 Do you care about health data ownership and want to stay abreast of national initiatives to wrestle with and solve ownership issues? If so, this post is for you.

What does it mean to own my health data? Is it like owning my car or my house? Is it like a copyright? Do I own it by myself or do I share ownership with the people or systems that enter the data (my doctor, the lab, my care partner) or store the data (the electronic health record, the app, the device)? Is it ownership or is it a right, like a civil right? I confess that I know this is important, even critical, but the more I explore, the less I feel like I understand.

Much to my surprise, I was invited to attend a National Academy of Medicine (NAM) Digital Learning Collaborative meeting about Patient Ownership of Data. Participants included stakeholders from EHR vendors, government agencies, hospital and medical practices, insurance companies, patients (I was one of several), and others. See a summary here. The meeting sought to explore several questions (paraphrased by me): END_OF_DOCUMENT_TOKEN_TO_BE_REPLACED 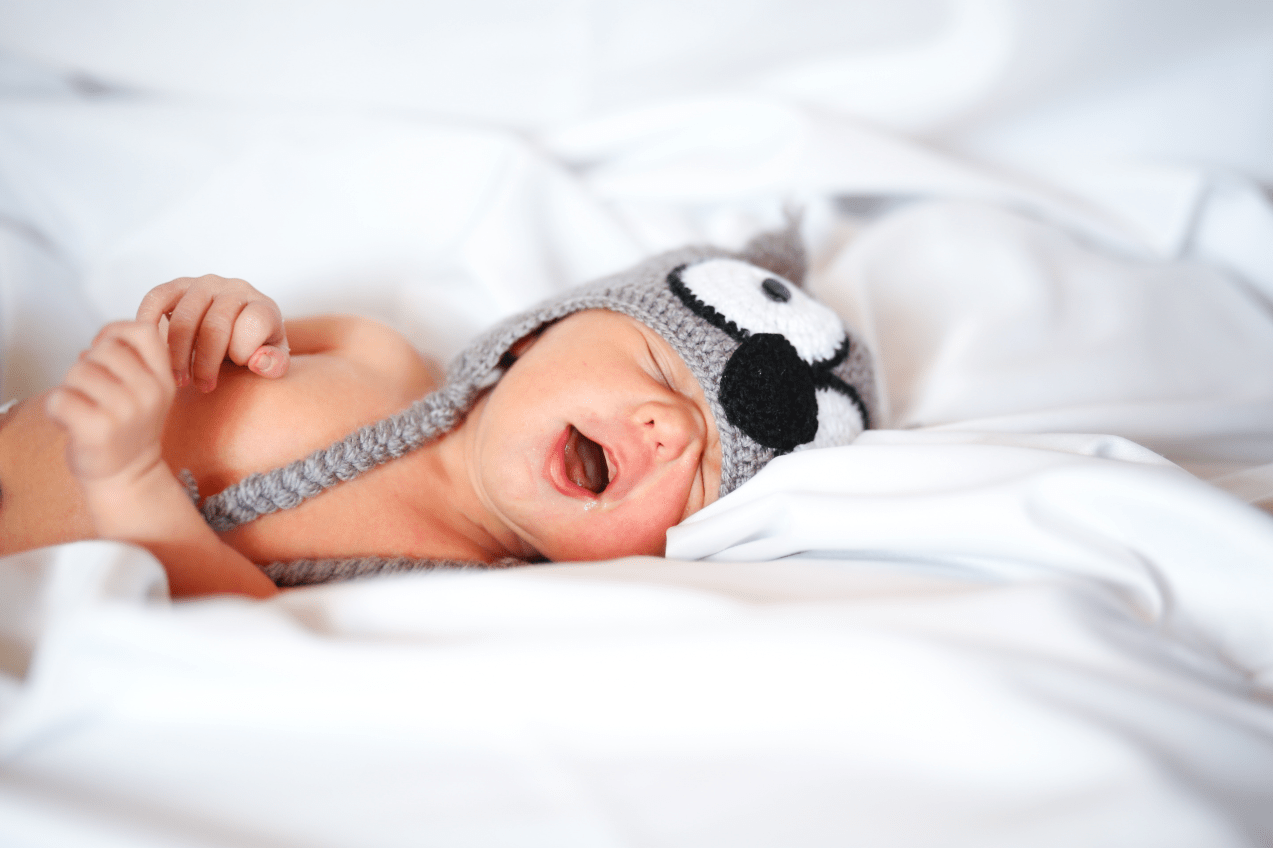 You say you want a revolution

Merriam-Webster says a revolution is:

One of the things that Victor said was that reformers are important, but healthcare is not designed for health and wellness, care and kindness. The entrenched forces will not fundamentally change with reform. It needs a revolution, a patient revolution. I’ve never been good at putting other people’s labels on myself – I don’t know if I’m a reformer or a revolutionary. During my professional and now activist career, I’ve seen myself as a catalyst for change – sustainable change that continues when you’re gone.

My revolutionary heroes include: Mary Wollstonecraft (sparked the change to allow women to have the right to full participation in society), Mahatma Gandhi (the power of nonviolence and forgiveness), Oliver Cromwell (translating the Bible into English so lay people could read it), Florence Nightingale (invented nursing and used statistical analysis to improve care), Albert Einstein (the theory of relativity changed how we think of time and space), and Rachel Carson (sparked the global environmental movement).

With some revolutions, there’s no going back. Anesthesia isn’t going away.  Neither are elevators. Every revolution has unintended consequences affecting some people badly, even lethally. Anesthesia can cause harm. So can elevators, asynchronous communication, and synthetic opioids. Legislation can be undermined or rescinded. Almost anything can be co-opted and diluted. Most revolutions are never-ending projects requiring constant vigilance and advocacy.

In my narrow world frame, I look for the magic levers of best health.  What small things make an outsized difference?  Obviously, drink clean water, eat just enough, don’t smoke, get plenty of rest, do meaningful work are magic levers. Maybe the revolutions are magic levers, too.

The revolutions that I’ve hitched to are:

Note: people at the center of care are patients, direct care clinicians, and the people that support them.

I like to try to predict future revolutions, although my track record of predictions is terrible (I was never going to get married or have kids. I was going to keep my last real job until I was 70 and then I’d retire). The thing about revolutions is that they’re crazy difficult to predict and harder to consciously engineer. I’m old now. I don’t want to run anything anymore. I’m happy to follow revolutionary leaders who are charismatic, kind, caring, and persistent.  I can be a thought leader, a writer, and a solid team member. So, I am not the revolutionary.

Photo by Sadık Kuzu on Unsplash

A Seat at the Table. Now What?

Walking in the door, I look around me. Who are these people? What am I doing here? I’m not an academic. I’m don’t represent a national advocacy organization, a health system, or insurance company. I don’t work for pharma. I don’t represent an EHR vendor or software startup. I’m not a techie. I’m not, I’m not, I’m not. I’m just little Danny van Leeuwen. Yet, I’m finding myself sitting at several tables – research, data privacy and access, measurement, design, palliative care, behavioral health, policy – as a patient/caregiver scholar or stakeholder or activist. It’s been a heady, nerve-wracking, sober, and awkward process.

A core principle of my advocacy: People at the center of care (patients, direct care clinicians, and those that support them) need to sit at the tables of governance, design, operations, and learning in all aspects of healthcare research, delivery, and policy making.

Thank goodness I salivate standing in front of the complex Tower of Babel. In a weird way, I welcome the nonsensical business puzzle of sick care. Every tribe represented around the tables has a different language, all, apparently, in English. My first tasks are clarifying purpose and audience, inventory related efforts to-date, and figure out the one thing above all else that I want to accomplish at this table.  Whenever I don’t understand, I ask. What is an artifact? What do you mean by patient-centered? Who pays? Who cares? I propose definitions in my own words, words I think lay people might get. I tell my colleagues that I need to be able to write about it for you.

Next, I develop relationships and build trust. It’ll surprise you to know I’m an extrovert (Myers-Briggs ENFP if you go that way), so it’s natural for me to build relationships. The best way for me to build trust is to take on tasks and deliver on time.  And listen more than I talk. That’s work for me since I like the sound of my own voice. I prepare, do my homework, read everything provided in advance. Again, I bring one goal to accomplish in the upcoming meeting. When I feel small and intimidated, I think of the mouse, Jerry, of Tom and Jerry cartoons. (Does that date me?) I lean into the feeling of intimidation.

Broadly, I look for more opportunities to bring other people at the center of care to this and subsequent tables. I set my expectations low, so I can be delighted when they’re exceeded. We don’t have to hit it out of the park. I relish any humor and irony I stumble upon. It’s a fertile field. If I’m feeling crabby or hopeless (more than the normal anger at our sorry state of healthcare delivery), I back up and take a break. Play music, meditate, exercise, spend time with family, space out. Self-care first. If I feel disrespected, I’m out ‘a there.

Mostly, it’s fun, fun, fun. People care, people want things to be better, people want to accomplish something. People have hope. I hope we’re moving a battleship three degrees.  I know it needs to turn at least 45. Play the long game even if you’re a short-timer.

Photo by Ken Treloar on Unsplash 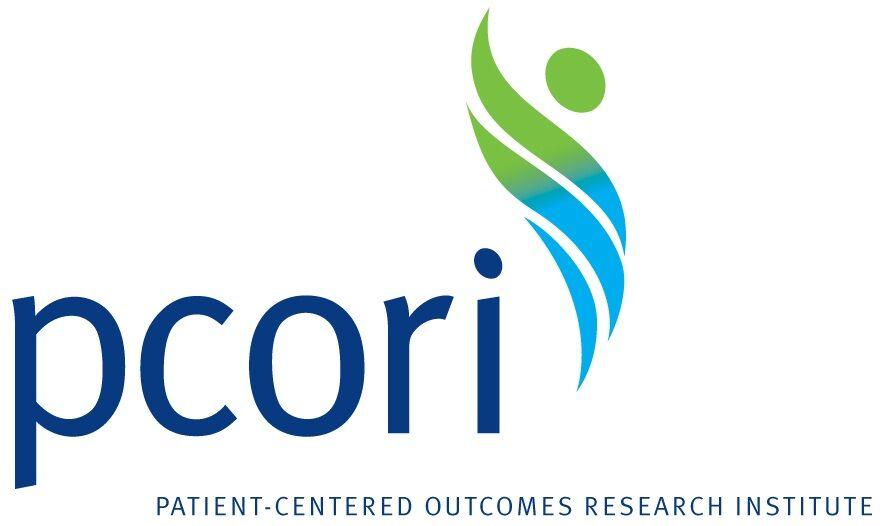 I care about what works for people on their health journey. How do lay people make choices for themselves in partnership with their clinician partners? So much affects our health choices, not just our medical decisions, but our behavior, our communities, the environment and the systems we use to survive and live well. I’m very interested in research, but I’m also a skeptic: How does this study help me?  How does it help my family? How does it help my clinician partners? How does it help the people who support and care for us? We are the people at the center of care. Just because we found out that something might work in a lab, does that mean will it work for us? END_OF_DOCUMENT_TOKEN_TO_BE_REPLACED 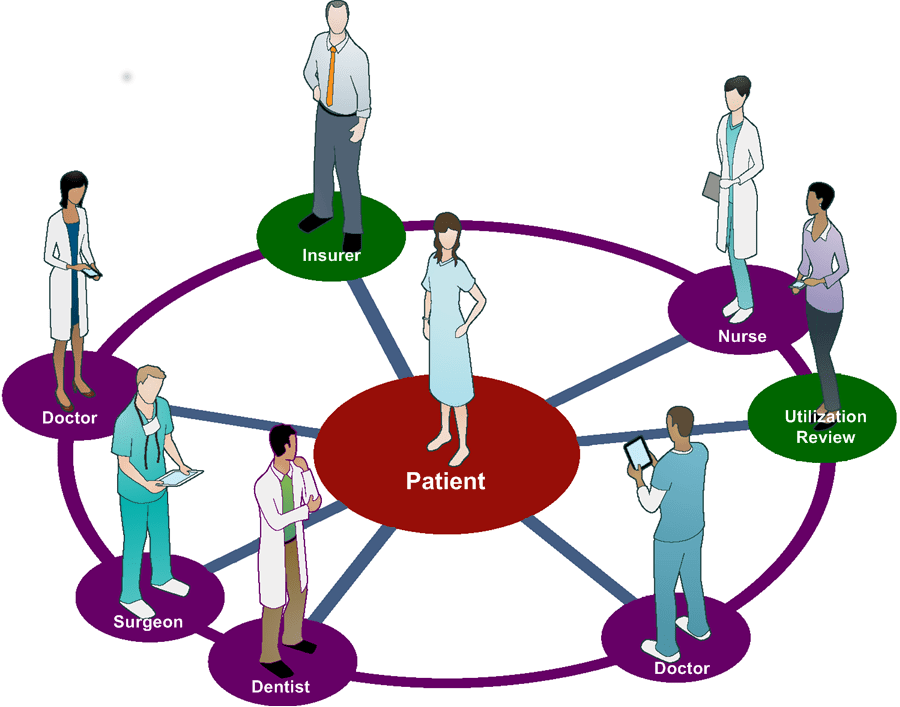 Expanding Engagement and Capabilities of People at the Center

Some people want someone else to be the leader in their health care journey. Others take offense if anyone even hints at taking that lead – with every stripe of variation in between. Same goes for using technology – some seek technology and use it, for others it’s not even in their universe of thought, some depend on team members to manage their technology.  Think [hearing] aides, apps, spreadsheets. For those who are health professionals or family caregivers how do we know where an individual lies on the continuum of engagement and capabilities and what do we do with what we learn with those persons whose team we are on?

Health Affairs published a framework for engagement in February 2013. The levels of engagement are Consultation, Involvement, Partnership and Shared Leadership.  Seems like both ends of the continuum are left off: Apparently NOT involved on one end and Sole Leadership on the other.  Both ends are tough.  I say apparently not involved because no one could have asked, cognitive and language disconnects could be present, or there’s complete inability or wish to take part. Sole leadership by individuals is still largely outside the experience and frame of much of the health industrial complex. Completely taking charge either with or without professional consultation can be pretty foreign to many team members.
Using technology is similar. My grandson learned to use an iPad in 45 minutes when 2 years old.  My 87 year old mother is just now texting after having a cell phone for 5 years (she only turned it on when she wanted to make a call). Ma, I know you’re reading this 🙂
As I explore the possibilities and variation of the worlds of people at the center of care, I want a quick and simple assessment scale that professional and lay team members can use to gauge where the individual lies on the engagement continuum and once known, how can the team member best be helpful to that person – helpful maximizing health or helpful with movement along the continuum to increase control, increase decision-making, and increase tech capabilities?  Do any of my dear readers have experience with this? What helps us learn about engagement and capabilities and what helps us do something with what we learn?  Maybe one of you already have this down. If you do, does it help?